Science is better than Sci-fi

I always dreamed about studying molecular biology in 3-D, I even wanted to choreographed a dance troupe to represent the DNA replication, now scientists are using animation techniques to represent the inner workings of cells. Is better than any Sci-fi movie!!
Read the NY Times article: Molecular animation: Where Cinema and Biology meet.
Posted by Amazilia Alba at 2:52 PM No comments: 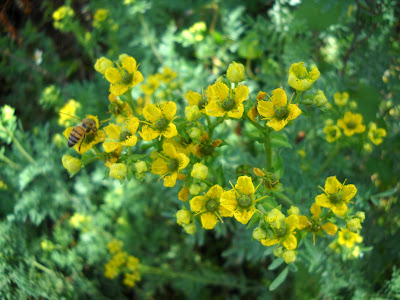 Posted by Amazilia Alba at 1:49 PM No comments:

Posted by Amazilia Alba at 12:40 PM No comments:

Posted by Amazilia Alba at 8:49 AM No comments:

Posted by Amazilia Alba at 6:58 AM No comments:

Posted by Amazilia Alba at 11:29 PM No comments:

DISTRIC 9 AS A COMMENTARY ON SOUTH AFRICA

I just watched District 9 again, it is such a good movie! It should have won the Oscar!! You could watch this movie again and again and still find new things, new reflections to make. I am eager to see the next movie of Neil Blomkamp, the media said that there is gonna be a sequel, (District 10?) and possibly a prequel. Hope it will be soon!!.

This time I also watched the special features with the commentaries of the director, co-writer and other people involved in the production of the movie. It is very interesting to see how a movie is made, from the conceptual phase to the editing, the preproduction, actual filming process and the sound editing.

Other people say it is a racist movie since it depict the people in power as predominately white, while the more “primitive” and criminal as black, but you could see that there is white and black on both sides and you could argue that the mercenaries are as criminal as the Nigerian gangs. I agree that in naming the gangters as Nigerians the director made a big mistake since even that it is true that there are Nigerian gangs all over Africa (and the USA) who deal with drugs and guns, putting a specific name makes a generalization and in the explosive environment of SA it could lead to fixation of the xenophobic sentiments.

Also I think it is a critique on the power of paramilitary industrial complex behind the gun makers, which are taking the lead in many conflicts from Black Water in Irak and to the security companies on the diamond mines in .

In an interview, Sharlo Copley (such a good actor!, goofy and dramatic, a first class anti-hero) says that he and Neil were friends since ever, and that they did not have any memories about apartheid, since they were young when it was lifted, and most of their young life lived protected in their homes, it is only as adults that they become to realize the horrific reality that was SA during the Apartheid era.

Well, if the director didn’t want to made a political statement with his movie how come it turn out to be such a strong anti discrimination movie? Many possibilities exists:

a) The experiences of the director, even that as Copley said they had a sheltered childhood, it is not possible to be impermeable to such a big influence that apartheid had in the lives of everybody living in SA, even not at conscious level but something may have sipped on his mind and soul, just now reflecting on that, he could recreate on screen the sentiments and images of that time.

b) There are general universal themes: freedom, intolerance, love, etc that you only need to mix in the correct amount, add special effects be politically correct and offer hope to the humanity and you have the perfect movie. Just like Avatar!.

Whatever were the motivations of the director this is a great movie and for me the fundamental message is that apartheid as a system of though is well and alive in South Africa, no matter that the legal apartheid has been abolish the mental schemes are intact and are reproduced by the old oppressors and by the former victims, these mental schemes are supported by the fact that economically nothing has changed in SA, most of the wealth is still in white hands, inequality is growing, and opportunities are scarce all compound with the corrupt black leaders and politicians that govern now SA. The illusion of the end of apartheid has brought disenchantment and frustration since now if you are poor and marginalized is your personal responsibility, you have not strived enough…so now this anger, the discrimination that is brew in this system is directed to the foreigners but it could as well be directed to the aliens…to anything that is different.

Posted by Amazilia Alba at 11:10 PM No comments: